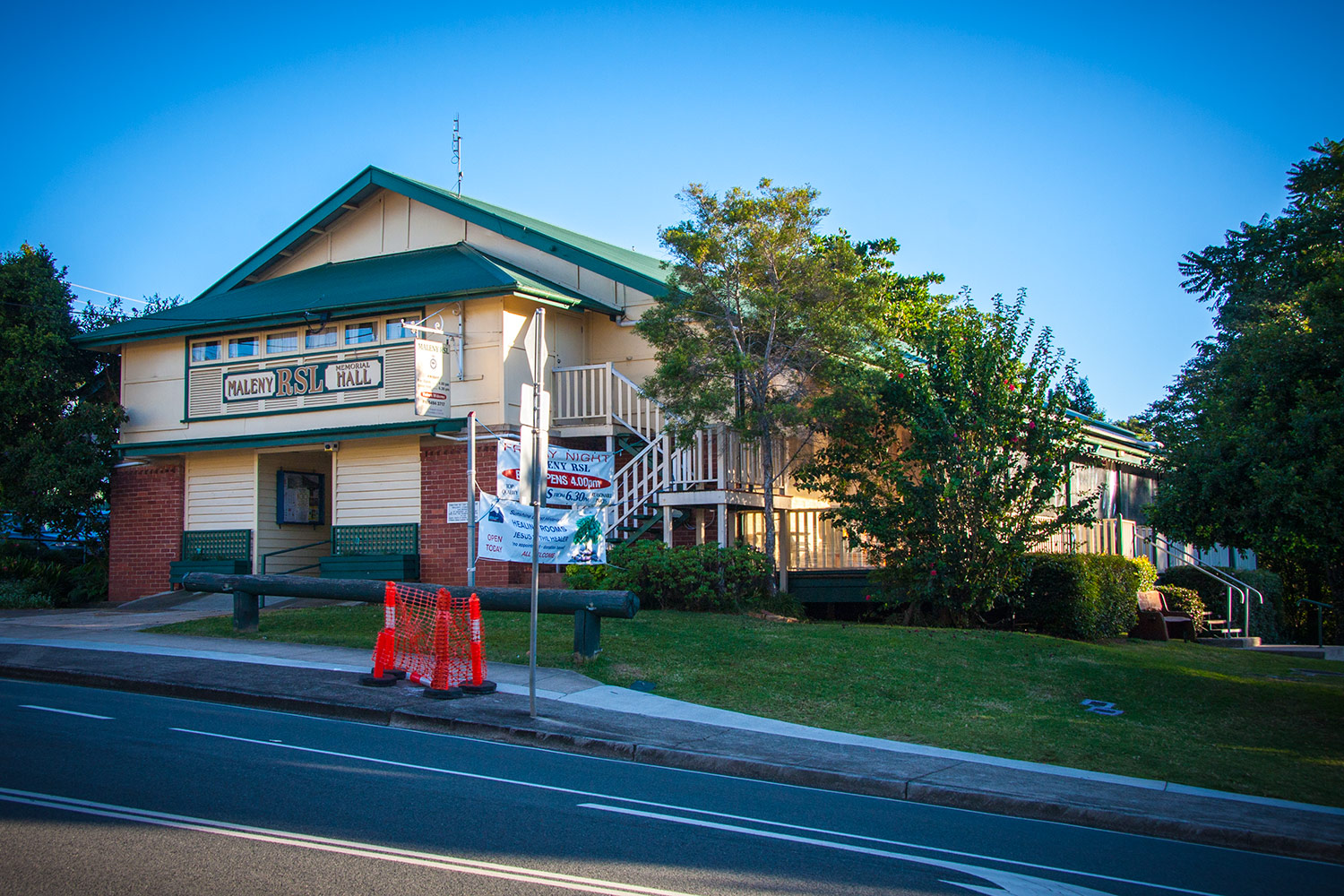 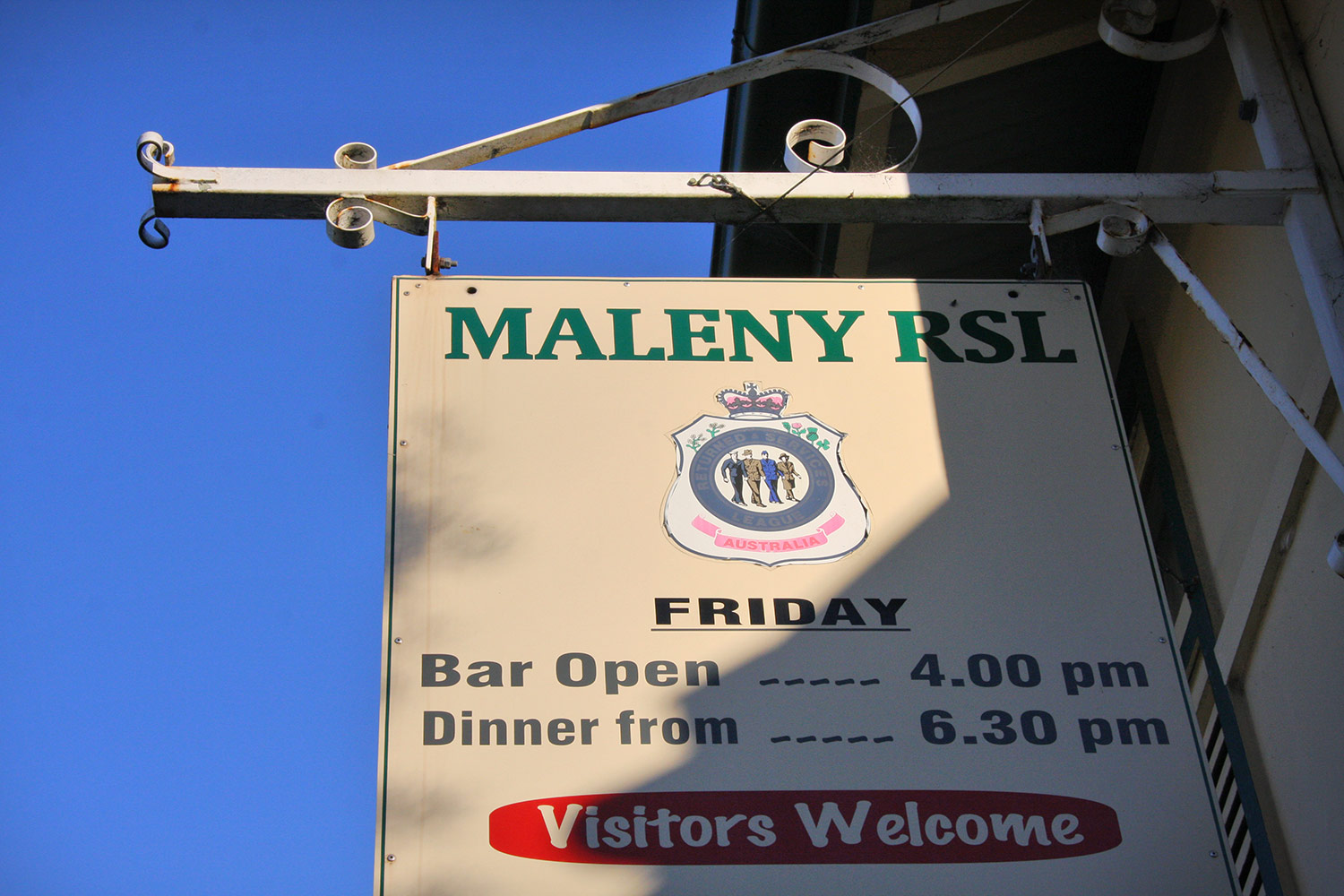 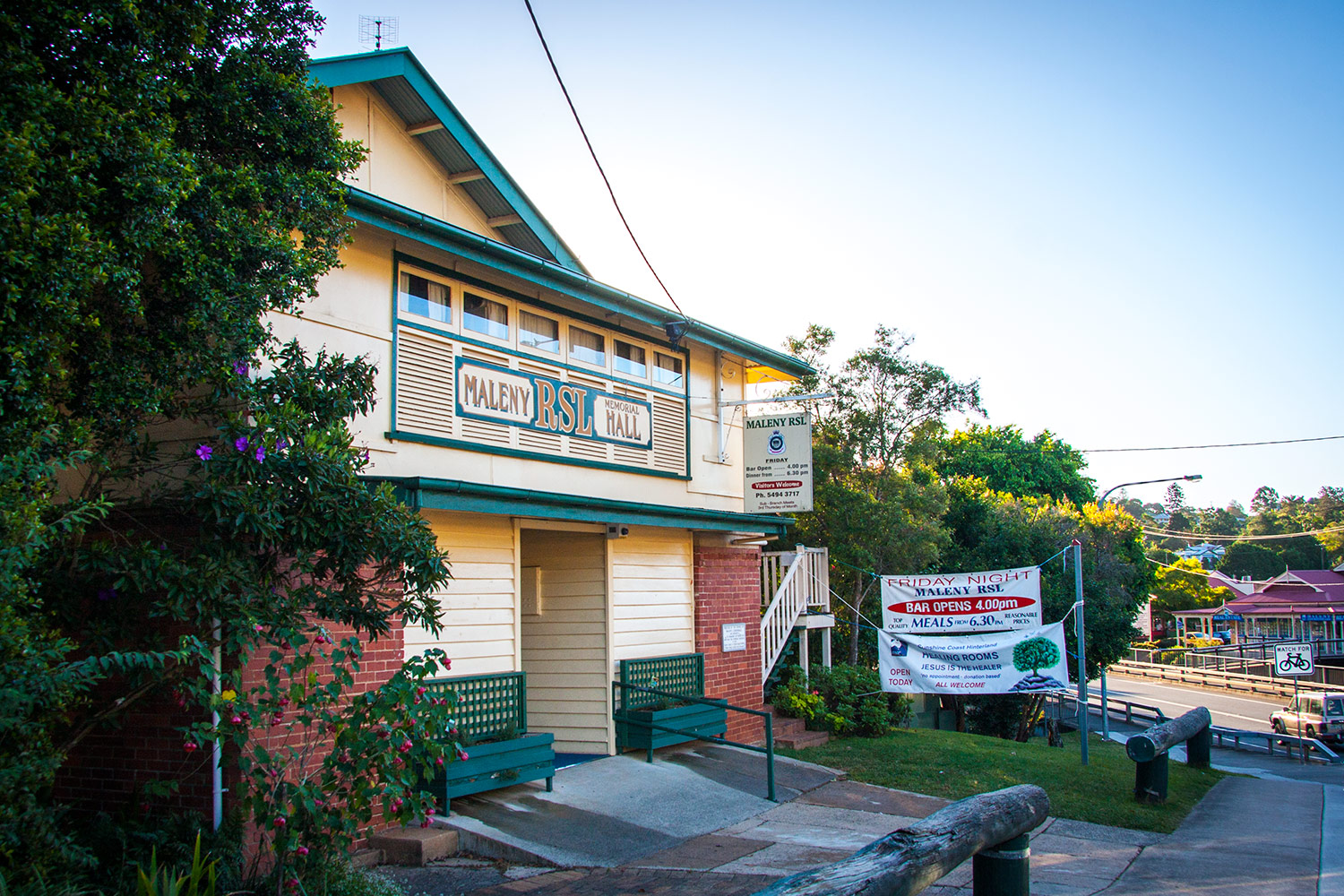 The Maleny RSL land was orginally purchased by Francis Dunlop, he was granted title to 160 acres to build a homestead in 1880. The land was returned to the Crown in 1896.

After many subdivisions of the original block, the corner block was returned to the Crown where it stayed until 1925 when it was transferred to William Henry Rixon Burnett. We believe Mr Burnett was then the licencee of Maleny Hotel.

In 1938 a Memorandum of Agreement was drawn up between Mr Burnett and the three trustees of the then RSSAILA to maintain the land in a clean condition, not sell the land without the written approval of Mr Burnett and pay an annual rental of one shilling (10c) for ten years.

On 1st October 1944, Mr Burnett offered a further lease of a clubroom which was then being used as a stock feed shed.  An initial building fund was set up with 60 pounds 18 shillings ($121.80).  Landsborough Shire Council was requested to waive rates.

The new clubroom was lined and made more comfortable. The funds for this work also came from Mr Burnett. Unfortunately the building proved too small and cold in winter. A further building fund was established with a view to building or purchasing a suitable hall.

In 1946 the original RSL Memorial Hall was situated in Maryborough where it was used as a RAAF Recreation Hall at a Training Base during World War 2. The Hall was demolished board by board, numbered and transported by various means to Maleny. Local gentlemen, mainly RSL members, rebuilt the building and since that time has had many refurbishments and facelifts.

A Deed to Grant from Crown Land to Freehold was granted to Maleny RSSAILA on 12th June, 1947. The old hall was sold to Maleny Scouts for 75 pounds ($150), the building is still in operation in Maleny, only not as a Scout Hut but does house CWA.